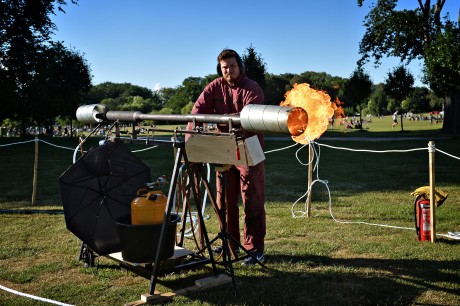 Photo: Alexander Banck-Petersen One of the pieces that stood out – even at an avant-garde festival – was Lars Kynde’s “Pulsing Pipes” created in cooperation with the artists collective Illutron. “Pulsing Pipes” was written for three pulsejet motors and a bagpipe, and was premiered at Fælledparken in Copenhagen. The critic from Berlingske reported from the performance:

"The bagpipe is doubled by the motors on the gigantic grass field – kind of like if it was God and had created the world in its own image.” 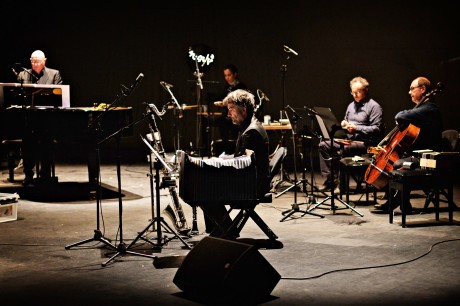 The world-renowned ensemble Klangforum Wien had one of the brand new Edition·S-composers on the concert programme: Ylva Lund Bergner. They premiered her piece “Toujours vers toi”, which includes a number of homebuilt instruments, some of which where thrown across the stage during the piece, as mentioned by the critic from Politiken:

“The flight was caused by the Swedish composer, born 1981, Ylva Lund Bergner, and her brand new piece “Toujours vers toi” (Always towards you). It was actually quite simple and easily understandable music put together by frail sounds from both traditional and homebuilt instruments, forming a cross field between music and theatre. What was fascinating was, that it basically sounded great and surprising without handing out too much information at a time.”

The whole concert was broadcast live at DR P2 including an interview with Ylva Lund Bergner, and can be heard here.

Another untraditional festival concert was the one performed by music students from the Danish Suzuki Institute. Avant-garde music usually doesn’t take up much space in the music school repertoire, but this afternoon the children played works by Simon Steen-Andersen, Henning Christiansen, Carl Bergstrøm-Nielsen and others. 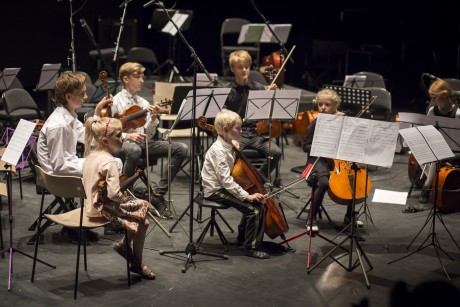 The final concert of the festival celebrated one of the grand masters of avant-garde music: Pelle Gudmundsen-Holmgreen. Alongside three of his string quartets, three string quartets by other composers were performed. Among them was Axel Borup-Jørgensen’s “Torso” and Martin Stauning’s “Welkende Schalen”, receiving praise from Politiken’s critic:

“Martin Stauning is exactly 50 years younger than Pelle Gudmundsen-Holmgreen, and his quartet ‘Welkende Schalen’ from last year with its fierce bow movements slowly ebbing away, was an obvious, extremely convincing example of a contemporary string quartet without any fuss.”

Read more about the festival and see images from the concerts.

Read the full reviews below.