The orchestra performs two concerts on Friday evening and Saturday afternoon. The concert is called “Nothern Lights” and includes Donizetti’s Concertino for Clarinet and Orchestra, Verdi’s Fantasia di Rigoletto for Clarinet and Orchestra, Nielsen’s Symphony no. 6 and some traditional Thai music. The concerts take place in the Concert Hall of Mahidol University Bangkok in Thailand.

Arguably, the Sixth Symphony can be viewed as Carl Nielsen's central composition. With this magnificent, provocative and richly satisfying orchestral music as a starting point, one can easily reach all the way forwards and all the way backwards through the whole of his life's work. The gamut of material and style runs from popular song and dance to the most refined art music, and the work combines (indeed, manages to combine) the international modernism of the 1920s with the musical language of 19th-century and early 20th-century Denmark. Once again, but never before with such radicalism, such spontaneity and such deliberation, does Nielsen explore the range of reference that traces the great European symphonic development from Viennese Classicism up to and including Mahler, Sibelius and Nielsen himself. 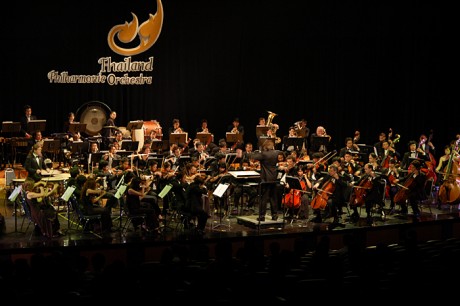