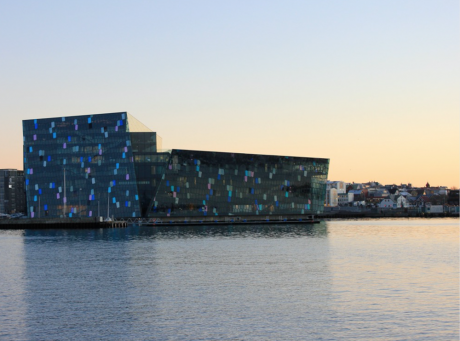 Nordic Music Days takes place from September 29th to October 1st, and on the first night of the festival, Simon Steen-Andersen will perform his site-specific, audio-visual piece “Run Time Error”. In connection to this piece where he has the role of both composer and performer, he will take part in a panel discussion on the subject “Composer as performer” on September 30th.

Ylva Lund Bergner’s piece “Toujours vers Toi” will be performed on September 30th by the Icelandic ensemble Caput. Earlier this year the piece was premiered at Klang Festival by Klangforum Wien, and received these words from Politiken’s critic.

“It was actually quite simple and easily understandable music put together by frail sounds from both traditional and homebuilt instruments, forming a cross field between music and theatre. What was fascinating was, that it basically sounded great and surprising without handing out too much information at a time.”

Nordic Music Days sets the scene for the birth of a new collaborative project: ensembleORCHESTRA - turning four ensembles into one. SCENATET, Ensemble Adapter, Curious Chamber Players and Nordic Affect join forces in the ensembleORCHESTRA, with the aim of initiating and carrying out composers’ works and concert productions at a level and size not previously seen in Scandinavia.

ensembleORCHESTRA debuts with an extensive concert programme at Nordic Music Days on October 1st. They will among other works perform Simon Steen-Andersen’s audio-visual Black Box Music.

Also on the programme is Martin Stauning’s “Îles en Mer d'Argent” which was premiered earlier this year by Ensemble Storstrøm.