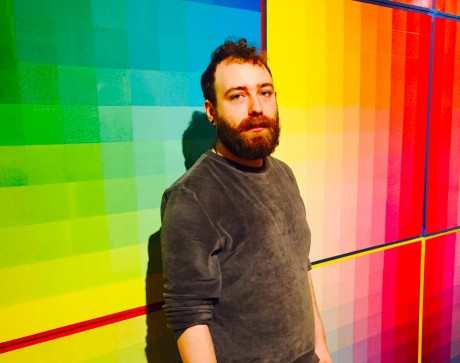 One of the pieces chosen by the Danish jury is James Black’s piece for wind quintet: “At night, walking shoes full of blood on the door (or, steam heating a room full of opium)“. The piece was commissioned as the test piece for the second round of the 2015 Carl Nielsen International Chamber Music Competition.

Another Edition·S piece on the programme is Allan Gravgaard Madsen’s “Tanz Suite”. “Tanz Suite” is an extension of Bach’s “Dance Suites”, and Gravgaard Madsen brings the tradition up to the present day with his own version of popular dances from the menuet of the classical period to the brostep of today.

Besides from the numerous concerts and performances, the UNM Festival also hosts a number of seminars, and speaking at one of them is Simon Steen-Andersen. On that occasion his piece “Run Time Error” will also be performed at one of the concerts: A site-specific audio-visual performance, which Simon Steen-Andersen performs himself, controlling a stereo sound track and double video projection with two joysticks.

A starting place for prominent composers
Young Nordic Music Days (UNM) was founded in 1946 and throughout the history of the festival it has become one of the most important platforms for young Nordic music and sound art, where prominent composers like Per Nørgård, Esa-Pekka Salonen, Kaija Saariaho, Bent Sørensen and many others have had works performed and premiered.

Each year, one of the Nordic countries acts as host. Every country brings seven pieces to the programme of the festival, the pieces are chosen among anonymous contributions by an anonymous jury in each country. Only composers under the age of 30, or who are studying composition at the time of the festival, may apply.

This year’s festival takes place in Aarhus with concerts at Musikhuset Aarhus, The Royal Academy of Music, Aarhus, Granhøj Dans and The Cathedral of Aarhus.  Entrance to all concerts, performances and seminars is free.