First of all, we have recently noticed that our Flashback Fridays are being posted on Twitter and Facebook (and not just by us!) and used as press material. We are very honoured that the message of Flashback Friday has been shared to the world, so thanks for that! 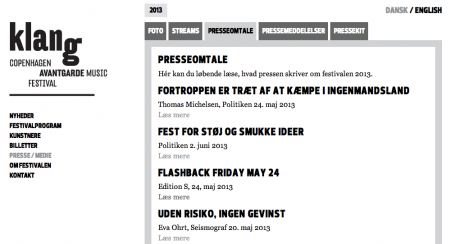 This week we went to the final concerts at KLANG Festival – and just like the opening concert, the closing concert was very well put together by the artistic directors. We also saw the ending of Lars Kynde’s Wandelende Tak, which had an interesting development throughout the week! Rudiger Meyer took some great photos from the performances. 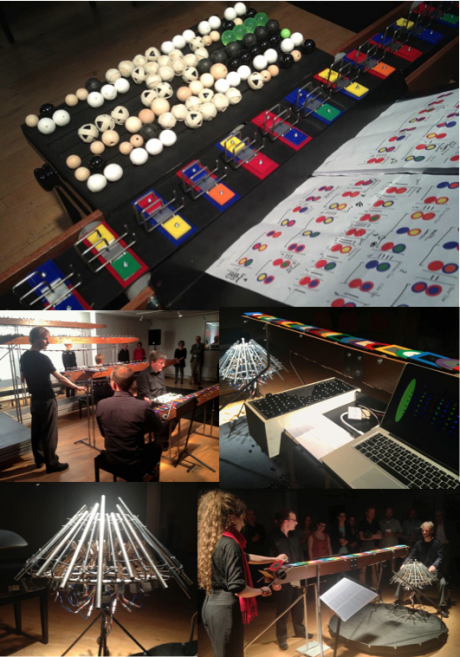 Speaking of photos, we have decided to open a flickr account as we attend so many great performances, seminars and other things, which we document by taking photos. We use them on our Twitter profile and in Flashback Fridays, but we thought it would be good to have one place where we could collect them all and share them with you. So here you are!

This week we saw the release of Line Tjørnhøj’s album #glimpse – The E·Sessions! Congrats to Line and her team. The album is an atmospheric glimpse of sound. Listen to it here and read more about it here. 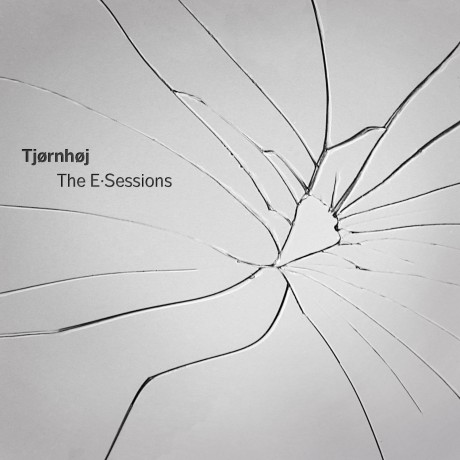 We also sent out the June edition of our newsletter, which revealed an E·clusive article about composer and musician Finn Savery, who turns 80 years old this summer. Read it here.

So there is plenty of stuff for you to read and check out this weekend! Enjoy.

Remember to sign up to our newsletter to get the latest E·S news straight to your inbox.