Simon Steen-Andersen's chamber opera Buenos Aires is to be performed twice during the Nordic Music Days, held this year on 17-20 September as part of the Ultima Festival in Oslo, Norway. The opera is about the Argentinean dictatorship in the period 1976-83, and in a conversation with the Argentinean Esteban Buch, who has psecialized on the relationship between music and politics, Simon Steen-Andersen talks about the work with the creation and production of the opera.

Simon Steen-Andersen is also potrayed in Ida Bach Jensens's film Komponisten / The Composer, to be shown at the festival on 18 September at 10 a.m. See the trailer here 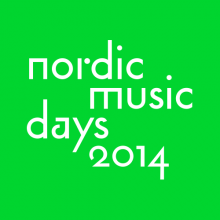