On April 27, 2013 the German festival Nordlichter (“Northern Lights”) presents an evening of Nordic music in Berlin.

The festival runs from April 26 to 28, 2013 in Berlin, where Nordic music and arts are presented in various ways. Everything from a “Nordic Brunch” to the project “Sounding Apartments” introduces the German audience to Nordic arts. On April 27 the festival hosts a “Nordische Nacht” (Nordic Evening) at Radialsystem V, where Esbjerg Ensemble performs one of five concerts, which also includes a concert by the Berlin-based ensemble Adapter. Two Edition·S – music¬sound¬art works composed by Ejnar Kanding and Steingrimur Rohloff are on the programme.

First up is Esbjerg Ensemble who performs a new version of Steingrimur Rohloff’s work Schtagededong from 2010. The ensemble is one of Denmark’s most talented ensembles new music and consists of eight members who are all excellent soloists.

The second concert is Ensemble Adapter, who will premiere Ejnar Kanding’s work Stillstehen from 2009/11. It is a two-part concert for instrumental ensemble and electronics. The two chosen compositions, where one of them is Kanding’s Stillstehen, move between pop, jazz and new music. Read related post here.

The festival Nordlichter has established itself as a diverse and creative platform for Nordic music and art in Berlin and has in the first two years illuminated the Nordic music scene across genres with over 100 artists, composers and ensembles. Under the theme "Back to the Roots" the festival once again invites to a "Nordic Night" that brings together artists, ensembles and composers from Estonia, Norway, Sweden and Denmark. The aim is to trace the roots of Nordic music in folklore in different settings and connect it to the present time. From spiritual folk songs of Estonia, improvised folk music from Norway to avant-garde and groovy DJ sets from Denmark, the audience will experience the connections to the traditional folk music - which is still rooted in the Nordic countries - and capture the earthy grooves of the Nordic sound. 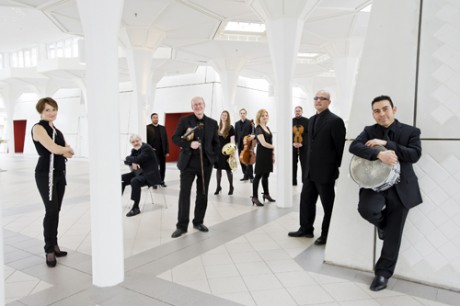