In the midst of a European heat wave, the composer collective DYGONG has travelled to the exotic Montenegro for an incredibly contemporary concert at an incredibly classical festival. We’ve corresponded with them as they wait for the sun to set and the heat to settle.

It is nearly 1 o’clock in the morning and Regin Petersen is waiting for a “freshly baked” metal plate from the local steel works. It has not been an easy trip so far. DYGONG’s Taiwanese percussionist Ying-Hsueh Chen almost did not make it to Montenegro. And before that, the four composers, Regin Petersen, Nicolai Worsaae, Christian Winther Christensen and Simon Løffler, had to cross the border from Croatia by foot, as their chauffeur was not allowed to cross it. But now they are finally there!

A text message ticks in at the other end of Europe:
“We’re about to die of heat. That means that sight seeing is out of the question! Our percussionist Ying-Hsueh nearly didn’t make it past the border as they didn’t know whether she as - a Taiwanese citizen with a Danish residence - was allowed into the country or not. The festival director took care of it for us with a single phone call to his friend in the Ministry of Foreign Affairs. Anyway, she was allowed in…. People are nice, Montenegro is a beautiful place, but we’re not sure that the audience has heard new music before. It’s a classical festival. We’re excited to see what the reaction is and if we’re allowed to repeat the concert in the coastal town Bar after they’ve heard us play.” (Nicolai Worsaae, 6/8-13)

DYGONG is known for their extraordinary concerts that mix genres and media – always with a large portion of humour and irony. After a short break from concerts, the composer collective is back – stronger than ever. Two weeks ago they performed at the Danish Nakkefestival with a repertoire that involved a whip, a naked bottom and the usual craziness that DYGONG brings onto the stage. In the time of writing, they are invading the “black mountain” and at the end of August they will be present at the Danish Suså Festival with a concert named “Music Under the Water”.

If they ever make it out of Montenegro that is… 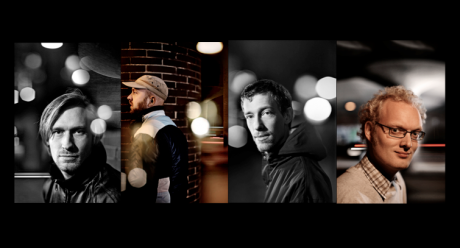