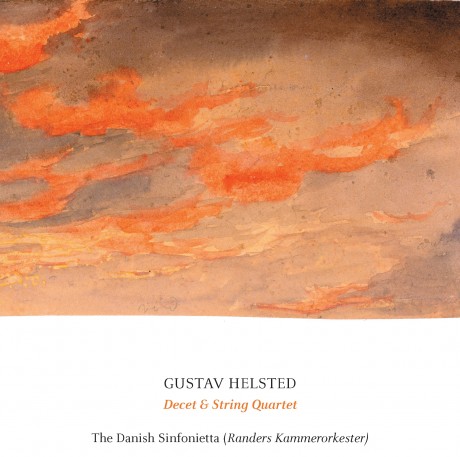 Helsted’s “Decet” from 1891 and the dramatic string quintet in F minor, composed in c. 1917 is released on Dacapo Records. The release will be celebrated with a concert and a reception Saturday, June 11th at The Black Diamond.

Contemporary Danish critics perceived of Gustav Helsted (1857-1924) as rather modern and radical. As an advocate of the new, Late Romantic currents that he had encountered on his travels to Germany, France and Italy, he was described as

“...a questing artist who chooses his resources with extremely discerning taste and who swears blindly to his ideals; and may therefore seem odd and unapproachable, and is indeed unapproachable for all those who cannot immerse themselves in his extremely meticulously wrought and fastidiously purified art”.

Together with Carl Nielsen and others, Helsted established the “Music Society of 14 March 1896”, putting the new symphonies of Bruckner and Mahler on the programme – enabling the Danish composers to find inspiration among the newest musical tendencies.

Today, however, Helsted’s music sounds both charming and accommodating with its strong Romantic expression, and its roots in the Danish tradition and character.

Join us for the concert. Entrance is free and everyone is welcome.