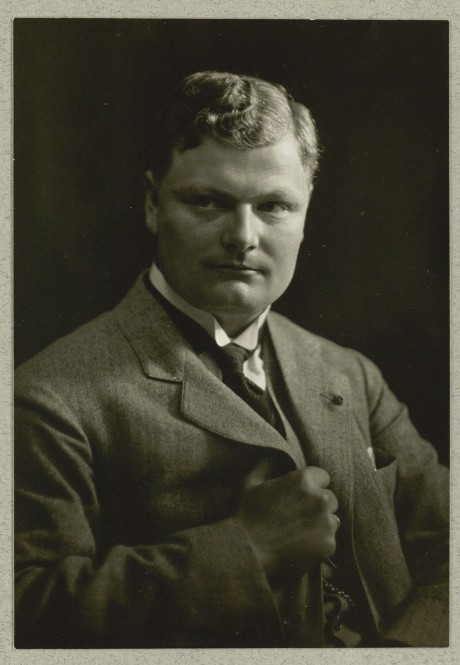 Poul Schierbeck was an organist and composer. His works include opera, music for film, radio drama and marionette theatre, symphonic and chamber music, piano pieces, choral works and songs.

Poul Schierbeck was born in an academic home filled with music. After graduating from high school, he began law school but soon abandoned this in favour of private music lessons with amongst others Carl Nielsen and Thomas Laub. He held the position as organist at Skovshoved Church from 1916 until his death in 1949.

In the years following World War I Schierbeck made his mark as a composer, and in 1919 he received Det Anckerske Legat. Also in 1919 he married the opera singer Sylvia Larsen who became the obvious choice as the interpreter of the many songs in his oeuvre. Together the couple made a study tour to Italy through England, France, Switzerland and Germany where Poul Schierbeck finished his symphony op. 15, which he had begun before the war. The symphony was premiered in Gothenburg in 1922 with Carl Nielsen as the conductor and was repeated later that year in Copenhagen. The following year Poul Schierbeck conducted the symphony himself at a concert in Finland. The symphony was well received everywhere and praised for its instrumentation.

This gave Poul Schierbeck the courage to embark on his next big project: The opera Fête galante, based on a play by the writer Max Lobedanz who encouraged Schierbeck to compose the stage music. Schierbeck convinced Max Lobedanz to convert the play into a libretto, and in 1923 he started composing. The process of composing the opera took until 1927 because in the mean time Schierbeck was much sought after for other work. In 1921 he composed a cantata for the University enrolment party. It was a great success and many cantatas followed: A series of cantatas was composed in the 1920’s, and after the death of Carl Nielsen in 1931 Schierbeck was the leading Danish composer of cantatas. In 1945 the opening of the new Radio Concert Hall was celebrated with a cantata written by Schierbeck.